Respectfully called MVR, the late MV Raghavan was one of the revolutionary leaders of the Communist movement in Kerala. Born in an ordinary family in Pappinissery, Kannur, his political life began in his early teens. He served two terms as Minister of Co-operation and Ports in Kerala during 1991-1996 and 2001-2006. MVR revolutionized the co-operative sector by taking the people-powered movement to healthcare and education in the State. MV Raghavan realized the role of the co-operative movement in social development and job creation and he was instrumental in setting up various institutions in the state.

This eco-friendly, tobacco-free project sprawls over 6 lakh square feet of thoughtfully laid out space in a 17-acre green campus with 30 departments dedicated to comprehensive cancer care.

MV Raghavan had contributed Pariyaram Medical College – one of the biggest in Asia. He Introduced the Co-operative Society to the Malabar region. In the same way, while he was in the Ministry of Cooperation and Ports, he introduced the Vizhinjam project. The Vizhinjam International Seaport is one of the largest seaports in India. 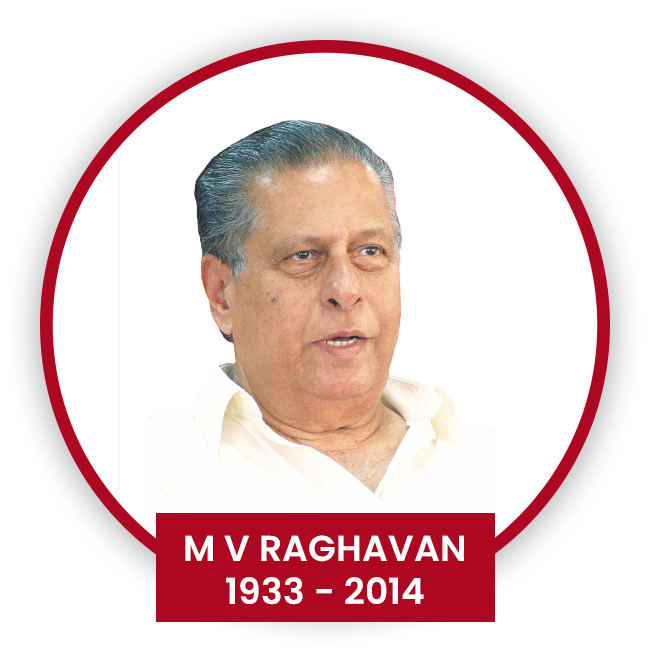